Hey its my first award….!!!  And all thanks to Tapish for nominating me for this lovely award. 🙂

His blog http://lifeof24hours.wordpress.com/  has always been very inspiring. Just love the way he laments life. I’m sure you will also be pleased to visit his blog and find some wonderful posts.

I’m grateful to all my readers who found my posts worthy enough to read, like and share it. 🙂

1. The Nominee of the Wonderful Team member Readership Award shall display the logo on his/her post/page and/or sidebar.

2. Over a period of 7 days (1 week), the Nominee shall nominate a number of readers that he or she appreciates – this can be done at any rate during the week. It can be all on one day or a few on one day and a few on another day, as most convenient to the Nominee.

3. The Nominee shall name his or her Wonderful Team Member Readership Award nominees on a post or on posts during the 7 day (1 week) period.

Some of my wonderful readers are : 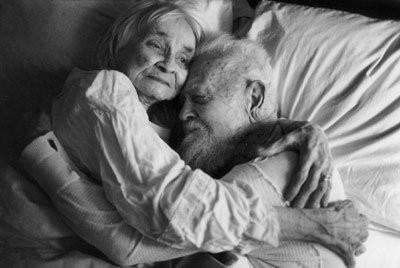 Love letters have become emails, feelings and emotions are part of immature people.

Now, they only meet coz it’s their so called ‘DATE’, without even realizing each other’s presence.

His breath does not increase her heart beats anymore.

Now their silence doesn’t speak, coz he doesn’t even have time to understand her words.

People change at every stage of life and with that changes their lifestyle, thinking, preferences and priorities. But, changes are only appreciated when they happen for good right?

The work pressure, the busy schedule, the competitive world forces you to become a slave of your own life. In this tender phase of life if you cannot get hold on yourself, you tend to get trapped in this selfish world. It will force you to lose yourself, the original you.

You, who used to feel for others whether it was happiness or pain.

You, who, used to smile on seeing others smiling.

You, who had so many dreams, which were dreamt with open eyes.

You, whose happiness used to be hidden in small things of life.

You, who valued relationships.

The professional life ruins everything. It forces you to become practical and selfish. Changes you into a person who only thinks about himself and his happiness. Things that used to make you happy change to expensive stuff. You become so insensitive that you don’t even feel yourself, what are you? What are you doing? And where are you heading to? The noise of money and promotions turn you deaf. You are unable to listen to your own heart beats, which are still beating coz of someone who still prays & cares for him.

I don’t mind saying that when it comes to relationships, I am old fashioned. I still take relationships seriously. I live for the ones I love and when needed, I can even die for them.

But, now days, people have become smarter and practical. They have started treating relationships like a step of a staircase. When required, they just step on it, use it to climb up, and move on. They never look back to see at that step was to one to bear his weight and helped him to attain the position where they are today.

He, who attained the position, did not attain it all by himself. There were people who struggled for him, and along with him. People who encouraged and supported him. These people were there for him always. They never demanded anything. They loved him and cared for him unconditionally. Now, just because he got new people in life. Who are only there for a season, who fakes to pamper him and like him because he seems to be successful. Do the real friends deserve to be left, ignored and neglected?

A person who doesn’t value people, who were there always beside him, will definitely regret it once in his lifetime. Money and success is temporary. Today you have it, tomorrow you may not but once a person loses the real friends in life you can never get them back. That will be the biggest blunder.

It proved that these people love and cares for him unconditionally, but he dint value them. It will also prove him that he was wrong to leave them. Later when he is again in need, he will find himself standing all alone. Cause he did hurt these people, who accepted the real him, with all his qualities and with all his flaws. They were there for him when he had nothing.  Whenever he lost faith on himself, they were there to encourage him and trusted his capabilities.

“What goes around comes around…”

If he disrespected relationships and dint value the people who loved & cared for him, more than them. He will definitely get to know their real value one day.

Guys out there, value the girl who accepted you and had been there for you when you had nothing. Had been through your struggle with you and still loves you. She was the one who helped you in becoming what you are today. Don’t be the one who leaves her for someone who claims to fall in love with the man whom she made. That’s not love. You do not decide to love someone. If it is true love, it just happens.

Relationships are always about giving. The day you start expecting it will never go further. It’s all about how can you make her life beautiful. How can you bring smile on her face, because that’s all she had been doing all this while without expecting and demanding what she wanted. Her happiness is in your smile. You are her small world, where she is happily living her beautiful dream.

He:  I don’t think two different people can ever be together.  What do you think about relationships?

She: No, I don’t think so.  Coz, for me, relationships are alike two rails of a train. Which cover their journey together no matter its summer or winter.  If one is missing the train of relationship can never move forward. So, go together while caring and loving each other. Without the one, the other doesn’t exist. Relationship between two different people is stronger, coz if one goes wrong other is there to understand and correct him.

Relationships are not, when you can live with them…

its true and more valuable when you can’t live without them. 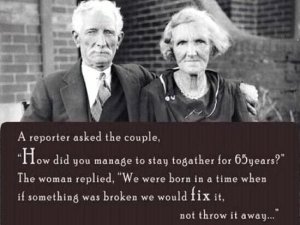 ALL RIGHTS RESERVED. No part of this blog may be reproduced, distributed, or transmitted in any form or by any means, including photocopying, recording, or other electronic or mechanical methods, without the prior written permission of the author. You may share the posts by any of the share icons at the bottom of each page or by providing a back-link or the URL of the content you wish to disseminate.